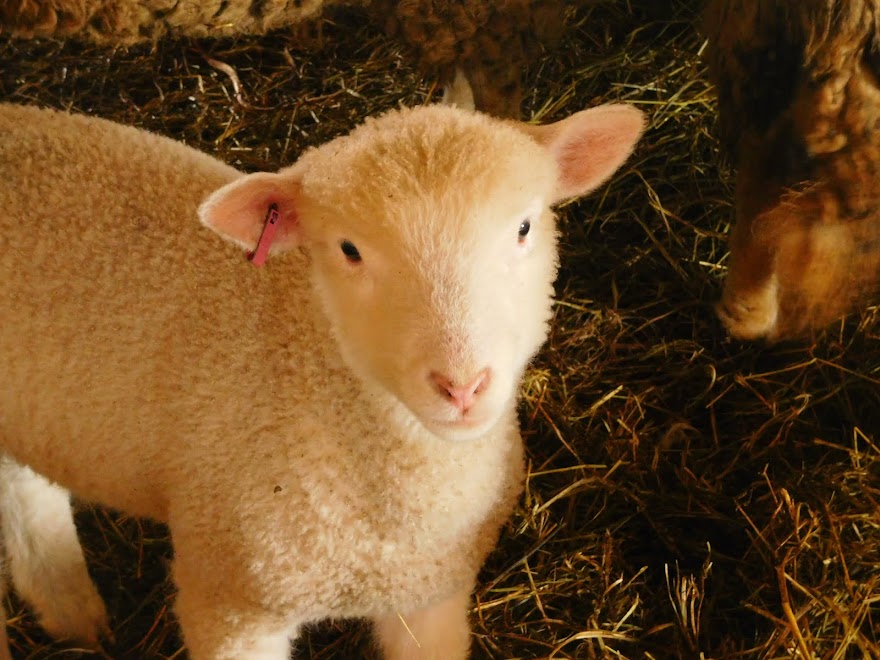 Hello dear friends, spring has finally arrived!  The renovations on our farmhouse are continuing and as so often happens take longer than planned.  The current project is the ensuite bathroom off the master bedroom.  The floor is in and beadboard wainscotting with chair rail has been installed and will be ready to be painted this weekend.  A claw foot tub is in the basement waiting to be installed along with the other bathroom fixtures.  Since the bathroom isnt ready to share yet I thought I would instead share photos of some of our lambs taken this afternoon. 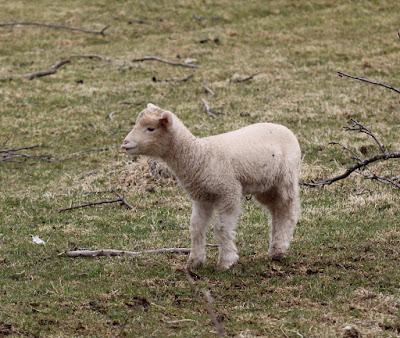 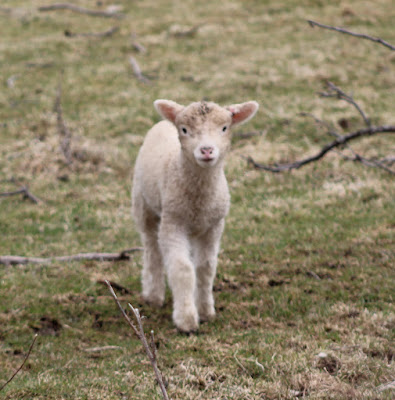 The above 2 lambs are about 2 weeks old. 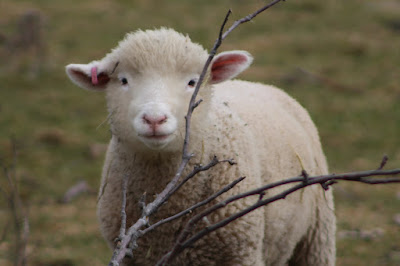 This little porker is about 6 weeks old. 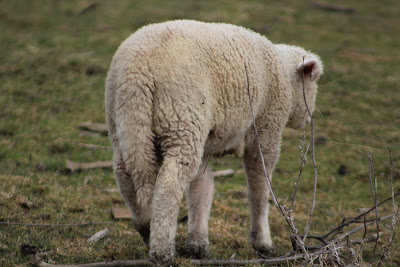 Thank you for visiting and have a great week.
Posted by Carogil Farm at 6:03 PM No comments:

Hello everyone, our dear German Shepherd Drakk recently passed away and I have wanted to share some photos of him.  We have had many dogs over the years here at the farm and our German Shepherds are in many ways our favourites. 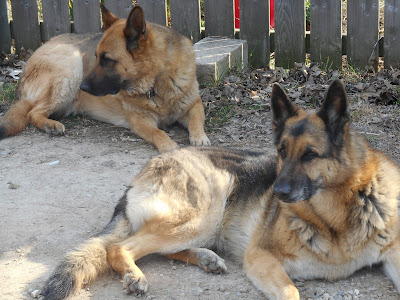 Here is Drakk (right) with his sister Holly.  They loved being outside, especially if there was work to be done!  Although we live on a farm the area around our home is securely fenced to prevent the dogs from getting to the road.  The dogs have about 1.5 acres of lawns to play on along with gardens to trample and big shady trees to nap under.  There are also a number of chipmunks and squirrels on hand to provide excitement along with the occasional rabbit. 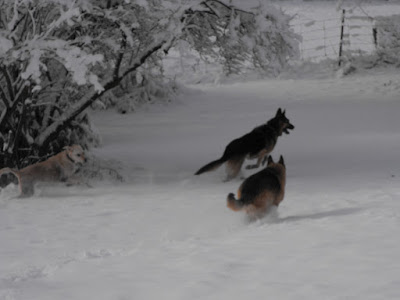 Drakk and Holly both loved the snow and it didnt matter how cold it was they wanted to play outside and when play time was over they were quite happy to lie down in the snow,  When we came inside though they wanted to come in too.  After a particularly hard day of playing in the snow a favourite activity was napping on the furniture in front of the fireplace.  When Drakk and Holly first arrived they had never been inside a house before.  It amazed us how quickly they learned that being on furniture was so much more comfortable than being on the floor! 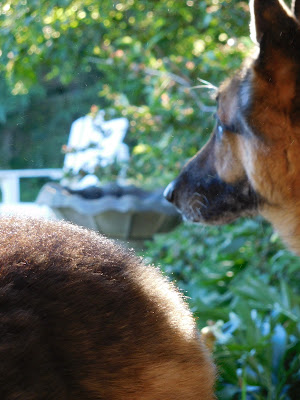 Drakk and Holly came to us when they were 4 and 5 years old.  They had previously lived in the city and their owners were too busy to make time for them.  We heard of them through a trainer and hoped that they would make good companions to our other dog Kodiak who was grieving the loss of his fur-girlfriend Jessie. After a pretty rocky start they learned to tolerate each other and over time Drakk became very attached to his brother Kodiak.  Kodiak in turn accepted Drakk and Holly as part of his pack and for the next several years they enjoyed a great life at the farm. 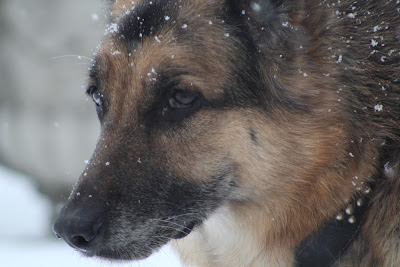 Drakk was always a puppy at heart and loved to play.  Although our dogs have a very large collection of great dog toys his personal favourite was always black plastic flower pots.   Sometimes the pot still had a shrub in it which only slowed him down slightly-after finding the mauled pot I would have to try to find the missing shrub. 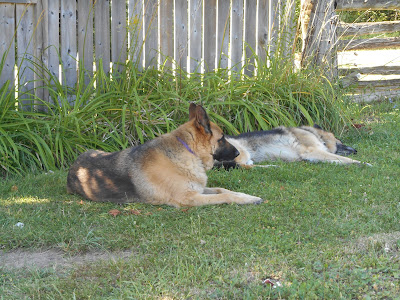 Although Drakk and Holly didnt always play together when it came time to relax you couldnt find one without the other.  Fortunately for them the previous owners tried hard to find them a new home where they could stay together and we were so pleased to be able to take both of them. 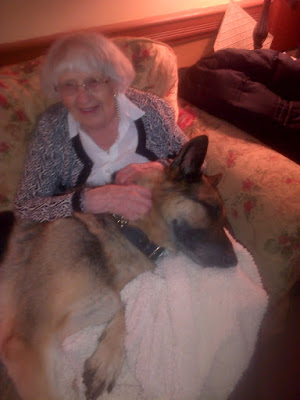 Drakk was always very affectionate and even though he was a big boy he was quite gentle.  He loved to sleep on the furniture and had his "special" spot on the love seat.  We used to call him "Sheldon" after the character on the television show Big Bang Theory-if someone was in Drakk's spot he would fret.  On the other hand if someone was his spot he was quite happy to become a lap dog.  He was about the same size as my mother-in-law who was quite happy to provide Drakk with lots of cuddles. 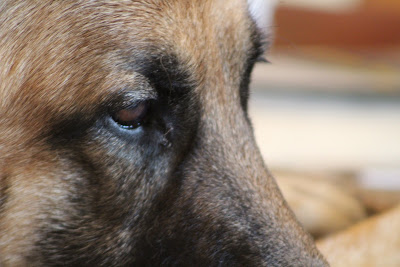 Dear Drakk was almost 13 years old and had a wonderful life living with us in the country.  Good bye sweet boy.

Posted by Carogil Farm at 10:32 AM No comments:

Welcome to my blog! I love to garden, cook,bake, read and take photos of our life in the country.